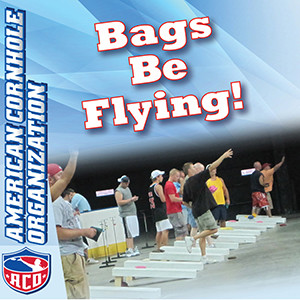 *Two-drink minimum or one food item, must be 18 and older to play

It’s been called many things: Corn Toss, Bean Bag, Bean Toss, Soft Horseshoes, Indiana Horseshoes, but to many from Kentucky and the southern part of Ohio, the game is passionately referred to as Cornhole.

It has been said that the game originated in Germany in the 14th century, and then was rediscovered in the hills of Kentucky over 100 years ago.

The truth is, who really knows, but the game is great fun for all ages and can be played anywhere!

Cornhole or Corn Toss is similar to horseshoes except you use wooden boxes called cornhole platforms and corn bags, instead of horseshoes and metal stakes. Contestants take turns pitching their corn bags at the cornhole platform until a contestant reaches the score of 21 points. A corn bag in the hole scores 3 points, while one on the platform scores 1 point.

Scoring can be swift and the lead can change hands several times in a match before the winner is decided.

The game is generally played tournament style with an individual or team being named the champion at the end of the tournament. 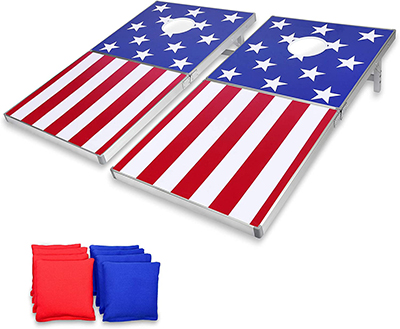