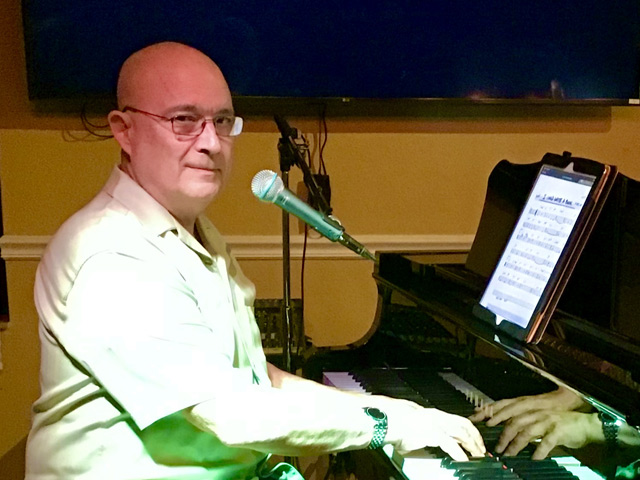 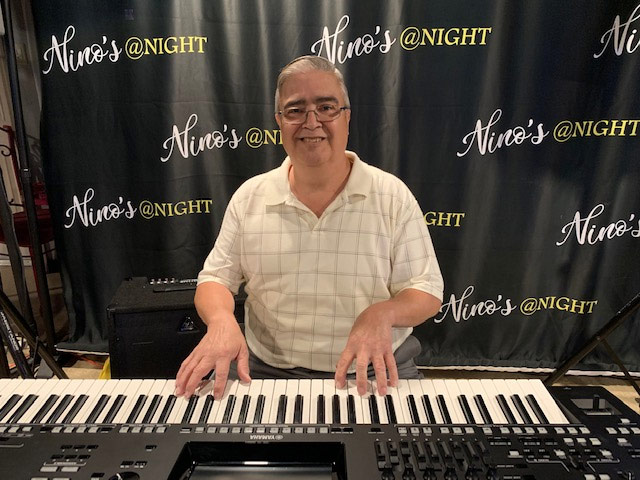 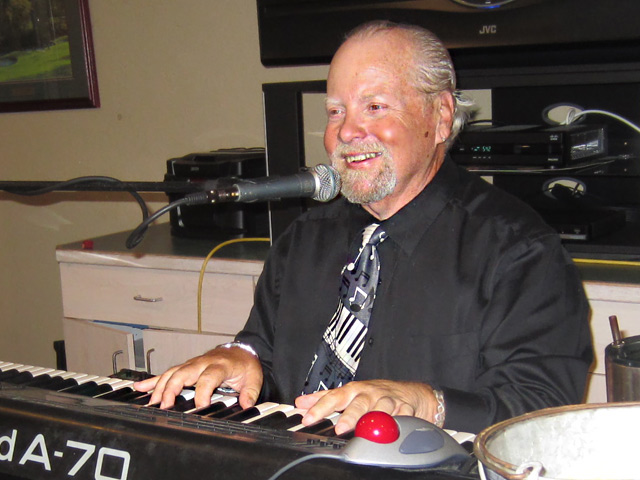 The new Breakfast & Lunch menu at Nino’s is fabulous too.
$6 Mimosas & Nino’s Bloody Marys
(Sundays only)

“I started on drums when I was 5 … Then was asked to join a touring boys choir when I was 12. That was when the ball really started rolling for me. The director (David L. Craig, PhD) was a professor of music at Penn State. He taught me theory, harmony, composition and arranging when I was 12. There was 3 or 4 guys my age mixed in with college age students, and it was very intimidating at the time, BUT it launched my musical career.”

“I have played in many bands over the years. I love jazz but don’t get to play it much. I play a duo with Rosanne Botts. We do a very wide variety of music from the 1930’s through today including, but not limited to, Big Band, Motown, Oldies Country. I also get a chance to record with Bobby Vinton once or twice a year, always a lot of fun.”

“I am also an MD (Music Director) for groups like Bobby Valli (Frankie’s brother), The Reflections (Just Like Romeo & Juliet), The Crystals, Shirley Austin Reeves, Danny & the Juniors, and many more. I work with two production companies, 2bProdutions in Naples, and Celebrity Direct in Punta Gorda. These two entities keep me hoppin’, putting together back-up groups for the popular oldies acts that pass through South Florida in the Winter.”

David Padin is known for his keyboard renditions of music greats. He entertains with a full scope of music from the 40’s through today, from American pop to Latin dance tunes.

David was born in New York City, grew up in Puerto Rico and Fort Myers, where he now resides. He has performed solo and with a variety of groups since the 1980’s, playing at churches, festivals and nightspots.

Nino’s Restaurant is thrilled to bring back David Padin. He was popular when he performed for the Sunday Breakfast/Lunch crowd in February, before the shut-down.

Born near Trenton NJ, Glenn began playing the piano at age seven. At 18 (1972), Glenn won a spot to play with a Trenton based 16-piece (+ vocalists) big band known as “Bob Smith’s Lamplighters”. The Lamplighters were an authentic 1940’s style orchestra playing original charts from Glenn Miller, Tommy Dorsey, Benny Goodman and Count Basie, etc., 5 – 6 nights every week. Exposure to great musicians, like alto saxophonist Richie Cole who often sat in with the band, and to jazz, be-bop, swing and Latin music in the Lamplighters, was extremely valuable to Glenn. He also studied in New York City with the great pianist Walter Bishop, Jr.

After the Lamplighters, Glenn played with an R&B/Funk band called “Afterworld”. With them, he played shows that included artists such as Archie Bell and the Drells, Instant Funk, Bunny Sigler, George Buzzy, Eddie Kendricks, Brooke Benton and members of the great R&B group “Kool and the Gang”. He also performed with the Delfonics from Philadelphia in 1979.

His next duo, Combined Effort, performed extensively throughout Northeast US hotels and resorts, playing a mix of dinner music, jazz and swing, ballads, Latins, rock and roll and country music.

Glenn’s passion now is straight ahead jazz and, since relocating to Florida from New Hampshire, he has had the honor of getting to know and play with some of the great jazz musicians who have settled in Southwest Florida.

Join us at Nino’s Restaurant after church or with your social groups for a menu that includes both breakfast and lunch every Sunday! And listen to the smooth tunes of these 3 terrific musicians, David Padin, Tim Goodman or Glen Palladino from 9:30 AM – 1:30 PM.