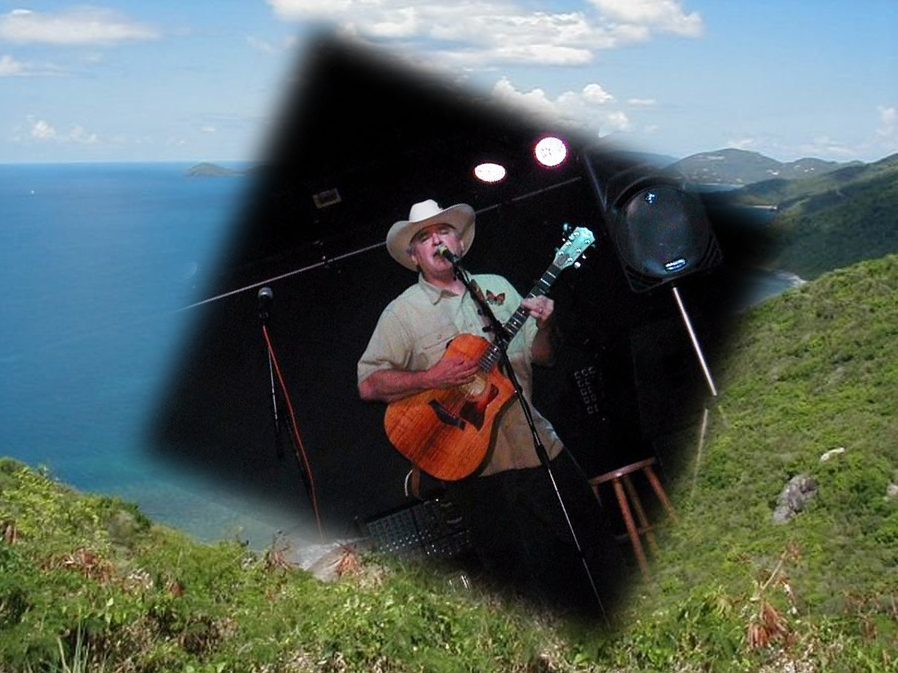 His music is “tropical langour” maybe a bit “Gulf & Western”… You’ve heard him sing at Nino’s Open Mic Nights, c’mon in for more of his tropical tunes!

Reservations requested. (No ticket fee but minimum purchase of 2 drinks or 1 food item required per person. Read our Policy.)

Souky has been playing music since 1976. He started out playing Hard Rock and Glam Rock in the band Viper.

After leaving the music scene, he became a computer programmer and then a fashion designer – inventing and creating unique jewelry made of real butterflies.

When Souky’s wife Cindy bought him a new Taylor acoustic guitar, his love of music was rekindled and he began writing country/trop-rock originals and performing in the Baltimore, MD area. Now living in SW Florida, he is currently working on CD’s and performing his popular island music.