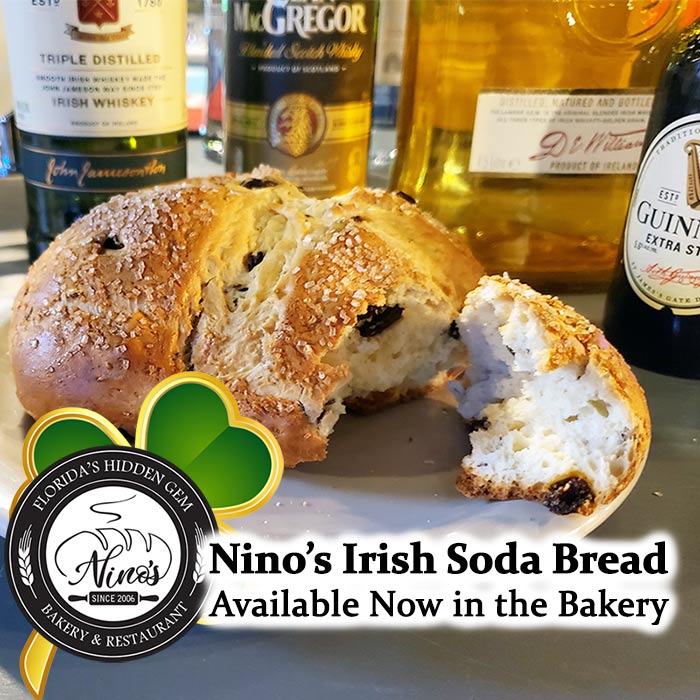 A Story about Irish Soda Bread

The simple Irish soda bread is a staple in many households, used to mop up hearty stews and wash down pots of tea, Guinness or Irish Whiskey. It’s also a symbol of celebration, baked in the days that lead up to Saint Patrick’s Day.

While soda bread is most famously attributed to Ireland, it was actually first created by Native Americans. They were the first known to use pearl ash, a natural form of soda formed from the ashes of wood, to leaven their bread without yeast.

The Irish discovered it in the 1830s when bicarbonate soda (baking soda) was first introduced to the country. The humble soda bread began as an affordable necessity and was the solution to food problems facing Ireland at the time. And since Ireland’s unique climate was only suitable to grow soft wheat, soda bread was the perfect match.

Today there are many cherished recipes for soda bread handed down through generations. No two soda breads are ever the same and you’ll find all sorts in bakeries. Modern day soda breads may include flavorings like orange zest, herbs or walnuts.

Nino’s bakes soda bread at only one time a year, March, using their own special recipe (from a dear friend in Dublin), adding raisins and caraway. Our unique bread is very popular and sells to area restaurants as well as in our retail bakery.

To insure getting your soda bread when you want it, we recommend calling to place an order. 941-833-8912